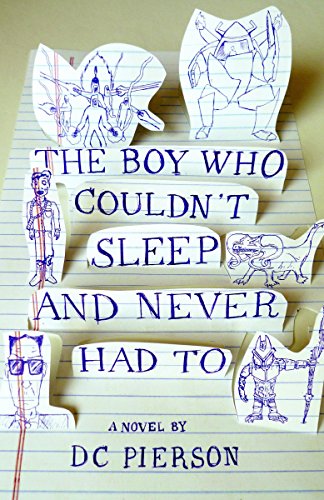 The Boy Who Couldn't Sleep and Never Had To

Fifteen-year-old Darren Bennett lives in an entirely recognizable teenage world: he's obsessed with science fiction and video games, bullied by his older brother, and completely baffled by the opposite sex. On the other hand, Darren's new, socially awkward best friend, Eric Lederer, lives a life unrecognizable to everyone: Eric can't sleep, at all, ever, a revelation he shares with Darren in strictest confidence. After overcoming his shock, Darren delights in exploring Eric's anomalous condition through a series of trials involving, among other things, roofies. When a typical high school fight over a girl leads Darren to tell a stranger about Eric's bizarre secret, Darren is caught up in the kind of fight-for-your-life adventure he so often daydreams about. Combining a coming-of-age tale with science fiction, Pierson performs a nimble, satisfying balancing act, with enough drama of the day-to-day high school variety to keep the more fantastic elements in check. The result is a fast-moving narrative with an authentic, heartfelt voice, plenty of laughs and spot-on cultural references, and a raucous climax.