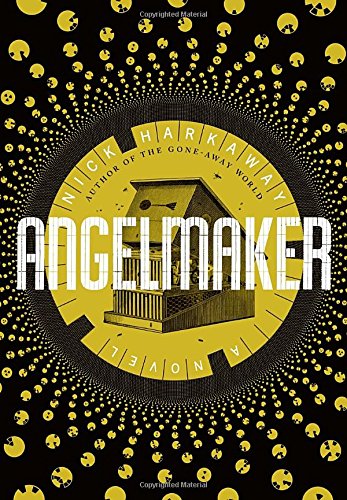 In Harkaway’s endlessly inventive second novel (after The Gone-Away World), Londoner Joe Spork has turned his back on his late father’s mobster legacy and become instead a clock repairman. Asked by a friend to fix a complex old machine, Joe finds himself inexplicably pursued by shadowy government agents, a rogue sect of technophiliac monks, a suburban serial killer and an identity-shifting Asian drug lord called Opium Khan. As Joe races to discover the true purpose of the machine, he learns that the answer might lie with elderly Edie Banister, a superspy during WWII. Edie’s flashbacks to her war adventures are easily the most diverting aspect of this book, but in no way overshadow Joe’s frantic search to uncover the truth about the machine, a doomsday device that turns out to be linked to his family history. With the fate of the world in his hands, Joe realizes that the only way to save the planet might be for him to embrace his father’s gangster heritage. Perhaps inspired by the New Wave science fiction of Michael Moorcock, the London crime novels of Jake Arnott, and the spy fiction of John le Carré (the author’s father), the novel ends up being its own absurdist sendup of pulp story tropes and end-of-the-world scenarios. Although the narrative often threatens to go off the rails, Harkaway makes his novel great fun on every page. Agent: Patrick Walsh, Conville and Walsh Literary Agency, U.K. (Mar.)
close
Details