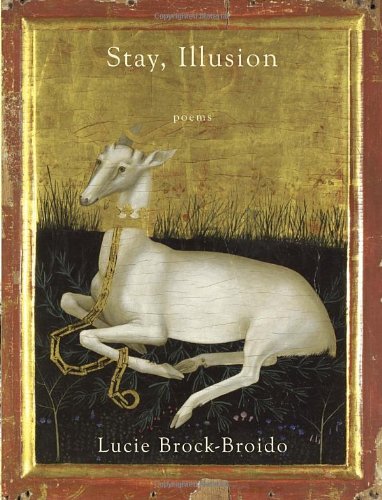 Gorgeous and grim, elaborate yet forthright about the causes (and the effects) of its sadness, this fourth collection from Brock-Broido (Trouble in Mind) spins, drapes, and sculpts its virtuosic figures around the ideas and emotions of mourning. Often Brock-Broido commemorates her father, remembering him on his own, in her family, in conjunction with her own past selves: “If my own voice falters,” one poem begins, “tell them hubris was my way of adoring you.” (Her title quotes Hamlet, addressing his father’s ghost.) Long lines deliquesce; long titles and longer sentences mix ceremonial beauty with self-reproach, not only in the many poems that touch on the poet’s family but also in the standouts that remember other events, not least the executions of Tookie Williams and other victims of the American death penalty. Part tapestry, part astronomy, part dollhouse, the metaphorical verve that has made Brock-Broido influential—and sometimes controversial—remains abundant: Brock-Broido envisions herself once “In a poplin nightgown and my mallow-color shoes,// With all my lionlikes about me,” and again with “my own ivory hillocks, my toy/ Pram filled with slippery mice, my own mares fetlock-deep in squalls/ Of snow.” And yet—even more than in her previous book (which remembered her mother)—Brock-Broido can grow stark, unornamented, directly moving, too. A poem about a dying body asks, “Put your hands/ Into the sheets and tell me where the needles are,” and a fine elegy for the poet Liam Rector concludes, simply, “Would that our Liam were living still.” (Oct.)
close
Details