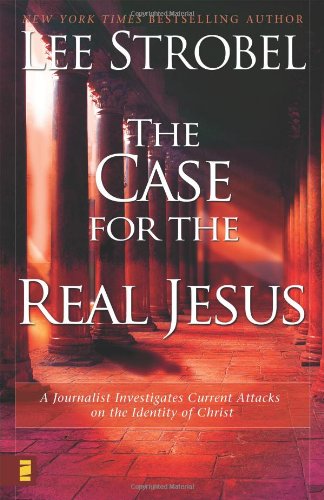 The Case for the Real Jesus: A Journalist Investigates Current Attacks on the Identity of Christ

Atheist-turned-Christian Strobel, with four Gold Medallions and other awards, focuses on rediscovering the “real” Jesus, whose identity and message have come under attack in recent years. He addresses six major challenges and claims: that a “different Jesus” is seen in ancient documents that seem as credible as the four canonical gospels; that tampering by the church has damaged the Bible's portrayal of Jesus; that new explanations refute Jesus' resurrection; that Christianity copied pagan religions regarding Jesus; that Jesus didn't fulfill messianic prophecies; and that contemporary people should be able to choose what to believe about Jesus. As with his previous books, Strobel attacks the issues as an investigative journalist, though one with a clear agenda. He searches out experts (including Craig A. Evans and Michael Licona) to refute each objection, offering readers top evangelical scholarship revealed in everyday language while challenging the claims of liberal writers like John Shelby Spong, Bart Ehrman and others. “In the end,” he says, “none of these seemingly daunting challenges turned out to be close calls... they were systematically dismantled by scholars... with facts, logic and evidence.” Evangelical readers will come away with deeper understanding of the various arguments about Jesus.