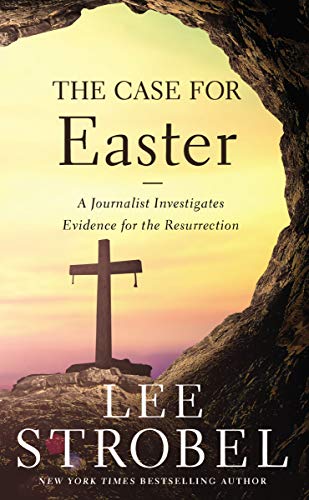 THE CASE FOR EASTER: A Journalist Investigates the Evidence for the Resurrection

This bargain mass market book is like a cross between Strobel's own Gold Medallion winner and Josh McDowell's classic evangelical apologetic work . Strobel, a former journalist for the , affirms that Christ really did die on the cross, and not just faint from exhaustion; that he experienced a bodily, and not just a spiritual, resurrection; and that he was seen alive after his death. In journalistic style, he interviews several experts (including Gary Habermas, whose book on the same topic is reviewed above), corrects inaccuracies (the nails would have been driven through Jesus' wrists, we learn, and not his palms) and tells stories. But at its heart, this is an editorial rather than a journalistic account, as Strobel most definitely has an opinion and wants readers to share his own pilgrimage from doubt to rock-solid faith. Not all readers will be convinced, but this well-written, fast-paced book will give them plenty to think about.