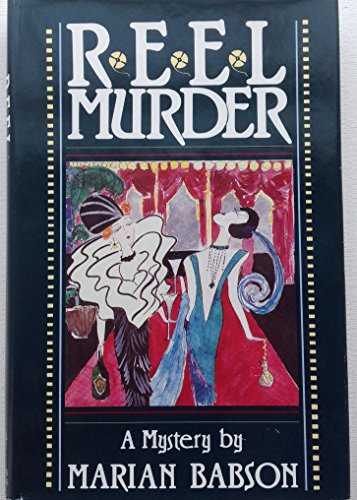 When aging but still feisty actress Evangeline Sinclair, 76, is invited to London to be honored by a two-week retrospective of her films, she eagerly accepts and brings along her longtime friend and fellow actress Trixie Dolan, 68. Eve, whose imperious, egocentric and vile-tempered nature endears her only to her fans, rooms with Trixie in a remodeled mansion that also houses a host of ambitious, raucous and star-struck young thespians. When one of them, Mick, discovers the body of a young woman in a friend's bed, the two sprightly old actresses, still half living in the world of film, quickly but irrationally advise Mick on how best to dispose of the corpse. Another shocking murder of a young roomer brings in the London police, one of whom, Detective-Sergeant Julian Singer, an ardent film buff, is immediately bewitched by Eve. The book is liberally peppered with deathless dialogue from old movies as Eve and Trixie, loving the excitement, vie for center stage, and an old flame of Eve's, Beauregard Sylvester, and his estranged wife Juanita, add complexities and intrigue. Babson's (Weekend for Murder two wily actresses and their sharp wit dominate almost every scene and even eclipse the mystery itself in this engaging, often hilarious book. (March 23)
close
Details