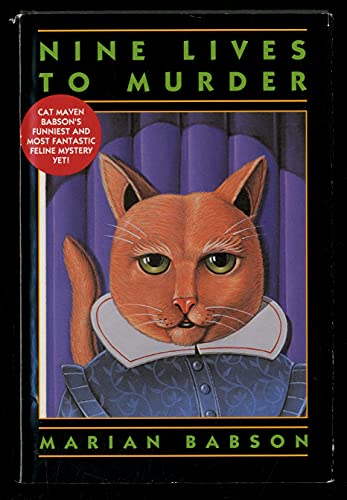 Winstanley Fortescue, Shakespearean actor and ladies' man (with the morals of an alley cat, according to his wife Miranda), is pushed off a ladder, lands on Monty, the theater's cat, and awakes in the role of his life. His horror at regaining consciousness as a cat--``The . . . tip ? Of his . . . tail ? . . . Twitched ?''--wears off as he realizes he's disguised and well equipped to track down his would-be killer, if he can endure the outrage of the litter pan and control his new interest in mice. Meanwhile, Monty, occupying the actor's body, sits ``with a meltingly sweet smile on his face'' and doesn't have much to say until he taps the actor's repertoire of dialogue from plays past--complete with accents. Miranda chalks up ``Win's'' oddities to concussion, although she does wonder at his sudden fondness for fish. Of the two mysteries here, murder takes second billing to the question of how and when Monty and Win will regain their true natures. The solution to this problem, the discovery of the would-be murderer--and the reason why Win, restored to his own body, suggests the name ``Kitty'' for the child he and Miranda are expecting--should all keep an audience rapt. Babson's ( Past Regret ) comic latest is, quite simply, the cat's meow. (Apr.)
close
Details