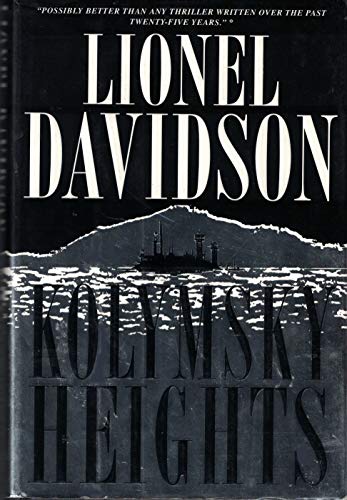 Davidson's first thriller in 16 years is likely to be a bestseller here, as it already is in Britain. When an aging Oxford don gets a coded message from a forgotten Russian colleague, Efraim Rogachev, that snares the interest of SIS and the CIA, the don grudgingly travels to British Columbia to enlist the aid of the man Rogachev seeks: Johnny Porter (ne Jean-Baptiste Porteur), a Gitskan Indian. A polymath and former Rhodes scholar with a talent for language, Porter had years before met the Russian, who now runs a Siberian science installation so secret the CIA didn't know it existed until an explosion was caught on satellite film. Rogachev is determined to get his work out of the paranoid grasp of post-Soviet Russia's bureaucracy, and the only person he trusts to do the job is Porter. The narrative focuses on how Porter--part James Bond, part Rambo and all genius--gets into the installation and escapes with the information. Along the way, he assumes various disguises (a Korean, an Evenk, a Chukchi), gets involved in Siberian tribal life, builds a Russian jeep and even falls in love, with the action culminating in a nerve-wracking flight across eastern Siberia that climaxes in a bullet-splattered dash over the frozen Bering Strait--and then there's a drop-dead romantic ending. To date, Davidson ( The Night of Wenceslas ) has won three of Britain's Gold Daggers for best thriller; this shameless, wonderful, riveting entertainment should make it four. Maps. 150,000 first printing; $150,000 ad / promo . (Sept.)
close
Details