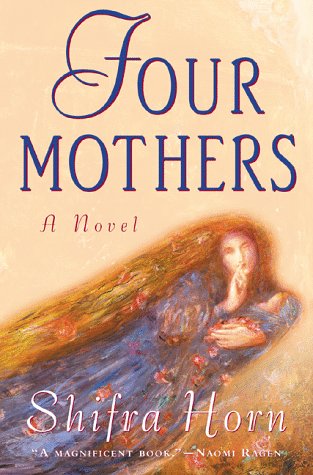 Five generations of Jewish women suffer through personal and political turmoil in this Jerusalem-set novel, a bestseller in Israel. When relatives correctly predict that her husband will leave her after their son's birth, Amal inquires into the origins of her matriarchal family's curse of the disappearing husband. Her research takes her back a century, to the day matchmakers marry her great-great-grandmother Mazal to a young shopkeeper who abandons her after the birth of their baby girl. Mazal shares bed and board with a girlfriend who helps to raise Mazal's daughter, Sara, as she grows into a legendary beauty. Sara's ill-fated marriage produces a linguistically gifted daughter, Pnina-Mazal, who studies in the English-speaking quarter and travels abroad. Pnina-Mazal's husband goes off to war, leaving her to a career translating for the international factions inhabiting the city, which necessitates having out their daughter, Geula, nursed by an Arab woman. By the time Amal, Geula's daughter, marries, the novel has explored just about every family drama imaginable, including incest, rape, single motherhood, disease and death. Bilu's translation captures the language of folklore--full of symbolic objects, superstition and Israeli customs. Horn, making her American debut, vividly brings to life Jerusalem's residential neighborhoods, but her characters are epic heroines as frequently overwrought with calamity as they are stoic, impenetrable ancestors. That the tale is dense, ponderous and sincere is part of its charm as a novelized Israeli genealogy, while Horn's unique visualization of 100 years of one family's women in Jerusalem gives a personal perspective to that city more often defined by its historic and political headlines. (May)
close
Details