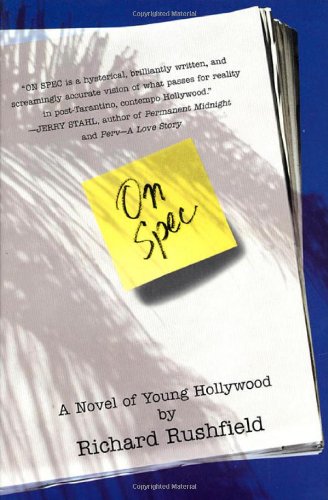 Young film industry up-and-comers tell their own damning story of behind-the-scenes narcissism in this caustic satire of millennial Hollywood. The professional fates of five Tinseltown characters are tied together by a spec script called Kennel Break. The script is originally conceived as a gritty tale of two smalltime hoods breaking a girlfriend's Rottweiler out of the pound, but is eventually reworked as, alternately, a high-budget thriller of international jewel thieves, a women's issues vehicle and a summer release for kids featuring a pet dinosaur. Predictably, it ends up as an uneasy mixture of all the above. Stu Bluminvitz, an aspiring screenwriter who lives with his parents, has big dreams for his project and future, but has a lot to learn about the role of writers in Hollywood--specifically, that they're at the bottom of the food chain. Stu puts his fate in the hands of several flashy, ambitious wannabes, who are all as giddily drunk on the dream as he is. The players include aspiring producer Eric Whitfield, a talented party host who knows how to find the best cigars, drugs and lap-dancers; aspiring super-agent Todd Hirtley, a paranoid master of image control; aspiring studio executive Deana Cohen, who vows never to forget the little people; and aspiring actress Chelsea Starlot, a sexy Midwestern transplant who teeters between cocaine-induced mania and Scientological serenity. First-time novelist Rushfield fashions a candid, colloquial and at times dizzily paced narrative out of memos, notes on computers and Dictaphones and jotted down in journals, snippets from a magazine article and a police blotter, and other fragments. A writer for Vanity Fair and Details, Rushfield employs a scathing cynicism that spares no one, and while his swift and humorous trip behind the Hollywood facade may not be shocking, it's certainly entertaining. (Mar.)
close
Details