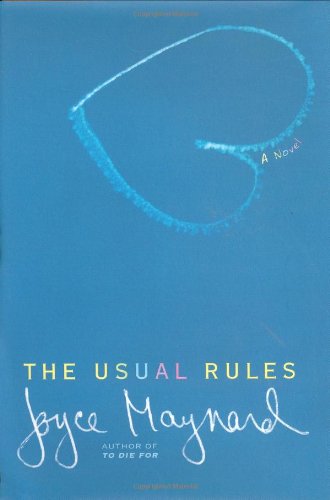 While the first 50-odd pages of Maynard's (; ) new novel are emotionally harrowing, perseverance is rewarded. Set both in Brooklyn and the small town of Davis, Calif., following the events of September 11, the book tells the coming-of-age story of a girl whose mother goes to work one morning and doesn't come back. Wendy, who must bear the burden of having the last conversation with her mother end in anger, must also help care for her four-year old half-brother, Louie, while her stepfather, Josh, struggles to deal with his own grief. Attempting to escape her depressing surroundings and numb state of mind, Wendy leaves her family and best friend to live in California with her estranged father, Garrett. There she meets a colorful cast of characters, including Garrett's cactus-loving girlfriend, Carolyn. She also encounters bookstore owner Alan, who affectionately cares for his autistic son; a young single mother struggling to parent her newborn; and a homeless skateboarding teenager in search of his long-lost brother. The lack of quotation marks to set off dialogue makes the text difficult to read at times, and Louie seems a little too adult, even for a precocious child, but the intense subject matter and well-crafted flashbacks make for a worthy read. Though some may be tempted to charge Maynard with exploiting a national tragedy, most readers will find the novel an honest and touching story of personal loss, explored with sensitivity and tact. Maynard brings national tragedy to a personal level, and while the loss and heartache of her characters are certainly fictional, the emotions her story provokes are very real.