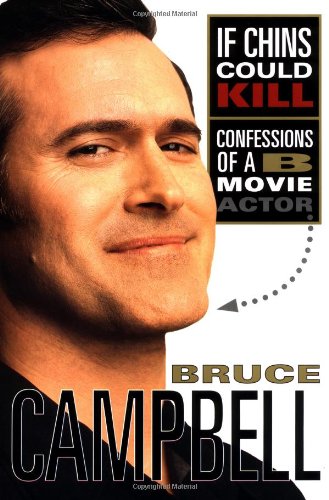 IF CHINS COULD KILL: Confessions of a B Movie Actor

Though it offers few revelations about the details of Campbell's personal life, this entertaining and witty Hollywood memoir combines his life story with how-to guidance on making independent films and becoming a pop culture cult hero. Campbell began working in show business as a teenager, and in high school became friends with future director Sam Raimi, with whom he eventually co-produced the 1982 cult horror hit , in which Campbell starred. Despite his wry, modest sense of humor—Campbell recognizes the peculiar place that holds in contemporary culture—he sincerely conveys the enormous commitment and work that went into making and marketing the movie. By the time he describes the film's premiere, Campbell's sense of triumph is palpable: we share his excitement when the film makes back its money and by 2000 becomes number three on the all-time video charts after and . When Campbell isn't starring in new films like and , he is desperately—often hilariously—looking for investors for his new projects. His subtitle aside, Campbell's career has gone mainstream: he has appeared in and , is a regular on and and has started directing as well.