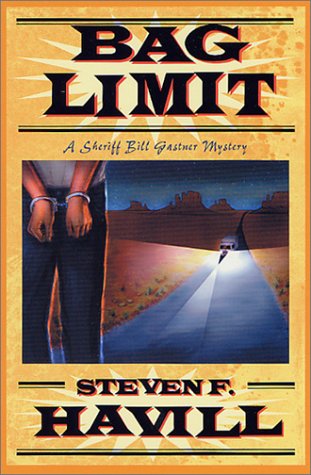 Low-key and laconic to the point of being almost comatose, this latest mystery featuring immensely likable New Mexico Sheriff Bill Gastner (after 2000's ) coasts admirably on its folksy charm for most of the rambling narrative. Unfortunately, crime fans with even the slightest taste for action are going to be fidgeting after the first hundred sluggish pages. Bill is days from retirement when Matt Baca, a local teen, drives drunkenly into the back of his police car. Other drunken kids, who are in the car with Matt, are unharmed. Matt takes off, but once caught simmers down. Then he becomes irrationally violent and escapes from custody, only to be hit and killed by an oncoming truck driving close to the edge of the road. The job of telling Matt's father, a career drunk named Sosimo, falls to Gastner the next morning. But that sad conversation never takes place. The boy's father is found dead, perhaps from a heart attack, though there are signs of a struggle in Sosimo's tiny kitchen. For 150 pages after the second death precious little else happens. Gastner's son shows up in a Corvette, the old cop ponders a second career as a livestock inspector in a location apparently rife with rustling, while the mystery of Matt's two state identification cards preys on his mind. One ID is real, and one is clearly a fake. At the close there's a neat conclusion to a case that has ambled along at its own pace, like rolling tumbleweed in a gentle wind.