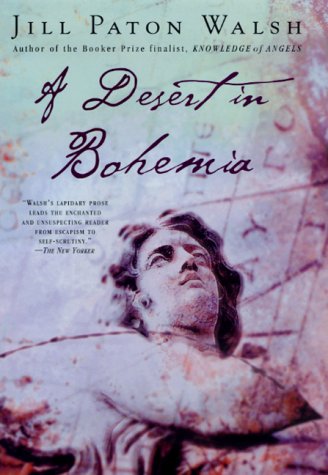 It's a signal achievement when a novel manages to be serious, important and philosophically provocative - and infused with narrative urgency, suspense, pathos and passion as well. A Booker finalist (for Knowledge of Angels), Walsh has put all of these qualities in her fourth novel, plus a cunningly orchestrated plot, a relentlessly chilling atmosphere and indelible character portraits. Set in Comenia, a fictional Czech- and German-speaking Eastern European country, the book chronicles the swift and brutal progress of communism in the years following WWII. Walsh follows nine characters over four decades, from 1945-1990, as their lives - already shattered by harrowing wartime experiences and now dislocated by political tyranny - intersect. Three men endure the pain of exile. Count Michael Blansky slips away from his magnificent castle in Comenia as Red partisans take it over. His friend and neighbor, Frantisek, leaves his family's textile factory and escapes to England, where Michael's son, Pavel, has already been sent. Meanwhile, Eliska, who has crawled out of a pit of massacred villager, cleaves to an abandoned baby girl she finds in the castle. She begins a new life with Jiri, and idealistic young Communist. Other characters include Pavel's typically English teenage daughter, Kate; Tomas, Kate's cousin; Hedva, the woman presumed to have betrayed Frantisek to the police; and Anna, Michael's proud older sister, whose wartime experiences threaten to disgrace the family name. Questions of identity haunt these uprooted characters, for even those who remain in Comenia are dislodged from the past by political revisions of social history. The moral dilemma that infuses the narrative with dignity and purpose is articulated by a British professor who is arrested when she delivers a philosophy lecture in Comenia: ""Can someone's virtues be a hostage to their circumstances?"" When survival is at stake, how does one behave? Intellectual questions never overpower the novel's immediacy, however. There are shocking scenes when the reader's heart drops as through a trap door, and intensely emotional moments when the paradoxes of moral choice play out in heartbreak. There are sweet surprises, too, with the possibilities of redemption and healing. And Walsh's lucid and graceful prose style, impregnated with compassion, makes this vivid human drama irresistible - and a handselling natural. (Dec.)
close
Details