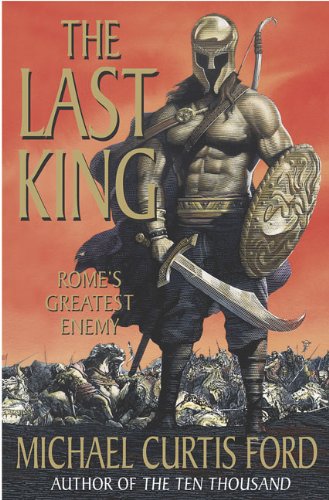 In chronicling the feats of Mithridates Eupator VI, last King of Pontus (a region of Asia Minor), Ford captures the Roman first century B.C. from a novel perspective, viewing it through the prism of one of Rome's most formidable enemies. Mithridates proved his prowess by holding his own against Sulla, Lucullus, Pompey and a number of lesser Roman commanders for nearly 40 years in ceaseless battles. When he first claims the throne of Pontus, the kingdom is nearly bankrupt and dependent on Rome. Consolidating his hold on his Black Sea coast territories, the upstart king launches himself into combat with Rome, exploiting the republic's weaknesses. Mithridates's military skills are remarkable, but he also resorts to questionable tactics, massacring 80,000 Romans in Pontus. Ford's storytelling shifts uneasily between the realistic (the king's quarrels with the narrator, his bastard son Pharnaces) and the mythic (the king's heroic, even Conanesque physical stature and prowess), and the contemporary tone of the dialogue (" 'Quit the posturing,' Sulla interrupted") tends to sits awkwardly with more sober historical exposition. Battle scenes are described with great skill, though the author's eagerness to provide a thorough cataloguing of weaponry and tactics sometimes gets in the way of the action. Flaws aside, the book demonstrates the author's ability to imagine the Roman world from its periphery and shows the same mastery of military history as his first novel, .