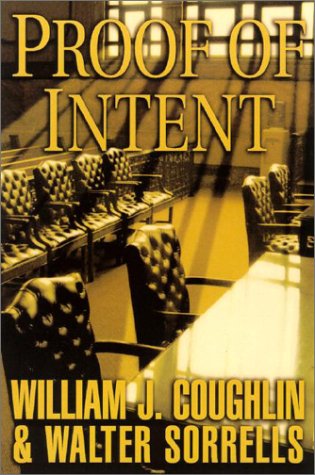 Sorrells () takes one of the more endearing fictional lawyers from the 1980s and early 1990s, the late Coughlin's Charley Sloan, and puts him back in court with the same clever, bombastic style that Coughlin perfected in a string of successful Sloan novels (; , etc.) before his death in 1993. Sloan, the thrice-divorced, formerly hard-drinking defense attorney from suburban Detroit, finds himself working for a particularly difficult client. Miles Dane, a thriller writer of fading popularity, stands accused of beating his wife to death. Dane insists he didn't commit the murder, but his implausible story of a late-night intruder strikes Sloan as a defense he would rather not take into court. Dane alludes to another version of events that would completely clear him, but he won't tell Sloan what it is. As the media frenzy over the trial of the enigmatic writer intensifies, Sloan has no option but to begin digging into Dane's personal life. What he finds—the dead wife's enormous trust fund, a son kept secret from the public for nearly 30 years, a brood of in-laws who viciously ostracized Dane—gives Sloan enough ammunition to keep the courtroom fireworks at full blaze. Sorrells does a credible job of maintaining Coughlin's breezy voice. He also gives Sloan a worthy sidekick: his daughter, Lisa, a law student who shares his aggressive approach to criminal defense, as well as his taste for liquor. The plot bogs down somewhat as Dane's trial starts, with many witnesses repeating what readers already know, yet Sorrells rallies down the stretch and adds a sly clincher at the end.