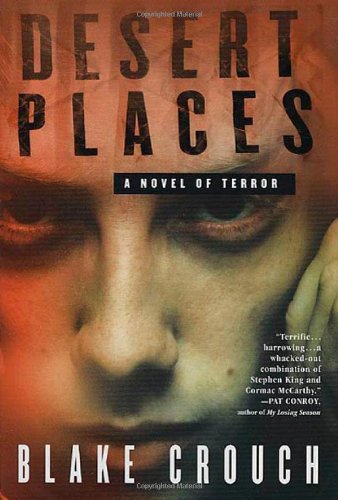 Debut novelist Crouch puts a nasty spin on the serial killer thriller in this gruesome tale that, alas, folds under the weight of its ambitions. The story starts at full throttle: narrator Andrew Thomas, a successful horror writer, finds a letter outside his secluded North Carolina home that begins, "Greetings. There is a body buried on your property, covered in your blood." Indeed there is, and further missives direct Andrew to a motel outside Denver, where he is drugged, kidnapped and brought to a house surrounded by desert; there he meets his captor—his long-lost twin brother, Orson. Orson, who walked out of Andrew's life years ago, has, it turns out, been quite busy in the interim as a serial killer. Hoping that Andrew will share his passion, Orson forces his brother to participate in mutilating and killing three victims; he then lets Andrew go. Back home, Andrew joins forces with his best friend to track Orson down, locating him at a New England college. However, their plan to kill Orson ends with the friend dead and Orson locked in the trunk of Andrew's car as Andrew drives cross-country to the desert house, where matters reach a grisly denouement. Crouch's smart, tight prose displays plenty of narrative energy. The novel is gory enough to turn off many, though, and such serial-killer statements as "We all want blood. We war. That's the code. War and regression and more blood," as well as a flashback to childhood sexual abuse, drag the story line into a portentousness that undercuts its serious exploration of the psychology of the serial killer. Still, Crouch shows real talent here, and perhaps his promised sequel to this novel will be lighter on its feet.