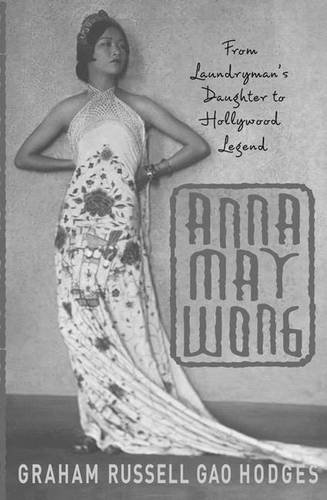 ANNA MAY WONG: From Laundryman's Daughter to Hollywood Legend

While Wong (1905–1961) has been called "the premier Asian-American actress," controversies surrounding her career have left her life and work largely unexamined. In this groundbreaking biography, Colgate University history professor Hodges reveals this captivating woman, offering readers a sense of the struggle her career represented. Although Wong was a third-generation Californian, she needed permits to re-enter the U.S. after her foreign tours. She could work in the movies, but only in Asian roles, replete with negative stereotypes. Even then, she was barred from roles involving marriage with non-Asians—even with white actors playing Asians. Off-screen romance wasn't much easier; a Chinese husband wouldn't accept her career, but marriage to a non-Asian violated anti-miscegenation laws. Still, Wong persevered, improving what roles she could get by supplying authentic costumes, hairstyles and gestures. When even bad roles disappeared, she turned to the stage or took work in European film productions. Wong's Chinese war relief work and post-WWII TV appearances provided some satisfaction in her last years. Yet her career and life were cut short by a world that simply wasn't ready for an Asian-American star. Hodges summarizes the plots of all of Wong's films, covers the chronology of her career and has done extensive research into Chinese sources. He's particularly adept at viewing Wong through the lens of Chinese culture, interpreting the meaning of her attire or hand movements. He also covers the Chinese and Chinese-American press's reaction to Wong, adding an important dimension to understanding her limbo between two worlds, unacceptable to racist Hollywood and to the conservative Chinese establishment. Illus. not seen by .

Perpetually Cool: The Many Lives of Anna May Wong Anna May Wong: A Complete Guide to Her Film, Stage, Radio and Television Work