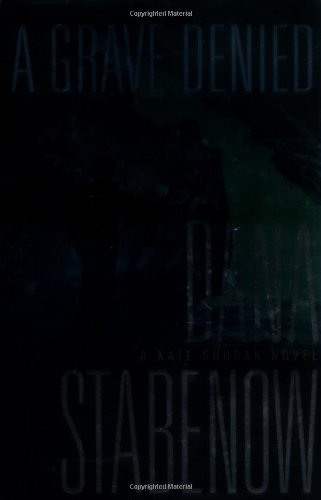 After a dozen mysteries featuring Aleut sleuth Kate Shugak, including the Edgar-winning debut (1992), Stabenow's framework remains simple, sound and effective. Take a strong-willed, independent woman and pit her against the beautiful and dangerous Alaskan wilderness and those, mainly men, who try to compromise her independence. Give her a faithful companion, Mutt, a half-wolf mixed breed, and an abiding sense of loyalty and fair play. One of the pleasures of the series is the tension that arises from the characters' need for both privacy and dependence on others. The result is closeness without intimacy, superbly illustrated when the body of Len Dreyer, town handyman, turns up at the mouth of a glacier. Only then does it become clear that the victim was a complete cipher. Challenges and changes also mark Kate's relationships with teenager Johnny Morgan, son of her late lover, Jack Morgan, and with state trooper Jim Chopin. Kate's professional training and investigative skills make her an able adjunct for the undermanned state police, but this time her efforts render her and Johnny and Mutt targets for a killer. Stabenow is a fine storyteller, but it is her passion for the Alaskan landscape and the iconoclastic people who inhabit it that fires this series and lifts this latest entry to its pinnacle.

Nothing Gold Can StayRed Planet Run