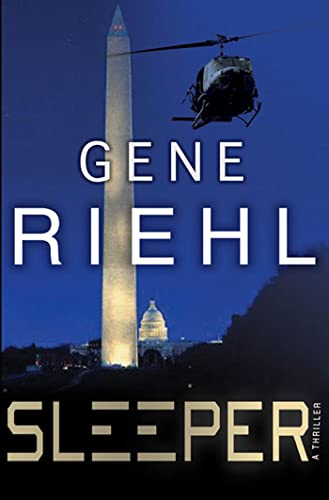 The risks in Riehl's follow-up to the successful espionage thriller are literary as well as cloak-and-dagger. There's a sexy, dangerous villainess, a blonde assassin born Samantha Williamson but now named Sung Kim; the sleeper of the title, she was stolen from America as a child and trained in North Korea in various martial and felonious arts. Series hero FBI agent Puller Monk matches wits with her in an extended game of cat-and-mouse. But Monk's also besieged by serious personal problems, and Riehl devotes equal space to these in the novel. Monk's father finally dies after a long battle with Alzheimer's, and Monk wonders if he's losing his own mind to the same disease. Nevertheless, he accepts a secret assignment to find a priceless stolen painting. The reader knows from the beginning that the heist is the work of Sung Kim, now a killer agent of the dangerous North Korean regime. Indeed, some of the best chapters involve Washington insiders riffing on the current political situation here and abroad. Even Monk's involvement in the top-secret investigation has a stressful personal twist: William, the NSA operative who recruits Monk for the mission, catches him in a delicate moment with lady love Bethany. Could this possibly affect their working relationship? Riehl's second effort has a terrific surprise twist, but it lacks the substance to support the story's more serious concerns. .