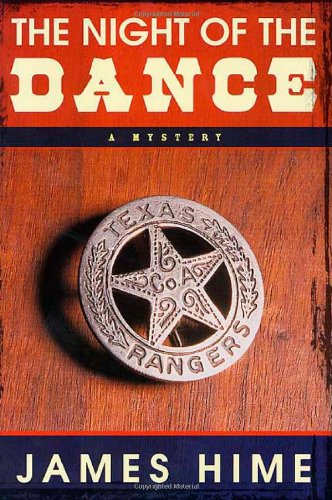 THE NIGHT OF THE DANCE

Hime's remarkable debut is a disturbing and richly textured tale of a young woman's murder that takes 10 years to unearth (literally). An incorruptible Texas Ranger teams with a local big-bellied sheriff and a prickly black deputy from the city in a crusade against evil in a dusty small town; the author, however, reworks such staples from central casting in surprising and thoroughly satisfying ways. He cuts between the viewpoints of these and other characters like a master film editor. Each cut ratchets up the suspense. Each character shows distinctive diction, foibles and personal morality (or lack thereof). Each viewpoint offers a different lens on the novel's complex, rapidly unfolding events. No less assured is Hime's use of the present tense, which grips the reader throughout with you-are-there immediacy. Add to the mix an up-and-coming female lawyer, a preacher's son who hears the Lord's voice urging him to be the next Timothy McVeigh and a county D.A. who seems to pull the strings on just about everyone. Then sprinkle generously with illicit sex, blackmail, political corruption, racism, religious hypocrisy and a few pinches of down-home humor (including delightful local idioms and a hilarious fart scene). Hime stokes the embers of Lone Star crime to white hot intensity, while ladling the grill with his distinctive home-brewed dressing. He's a first novelist to bet the ranch on. ()