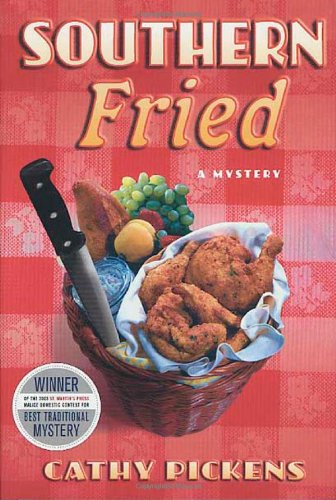 Bodies abound and suspects lurk behind every bush in Pickens's assured debut, a cozy with some sharp edges (kinky sex and some S&M scenes not for the faint of heart). Fired from a prestigious, well-paid job in the big city, lawyer Avery Andrews slinks back home to sleepy Dacus, S.C., where she witnesses a strange spectacle: a grinning skull appears in the rear window of a car as divers raise it from the local lake. Avery begins to practice law in Dacus, and the owner of Garnet Mills, the town's chief employer, wishes to consult her on environmental issues. Then Melvin Bertram, absent from town since his wife's disappearance years earlier, returns and seeks Avery's advice. The car in the lake was his wife's, and he fears the skeleton is hers. Several days later the mill burns down and a charred body is discovered in the ashes. Telling her own story with charm and wry humor, Avery proves a likable and competent sleuth, even while coping with the suicide attempts of a smitten former classmate who "can't live without her." The natives of Dacus and the surrounding hills are convincing Southerners, and little gems of landscape description appear throughout ("The hoop-skirted branches of a magnolia tree, that staunch representative of the indestructible South, sheltered the entire right front yard"). This strong start augurs well for future books in the series.