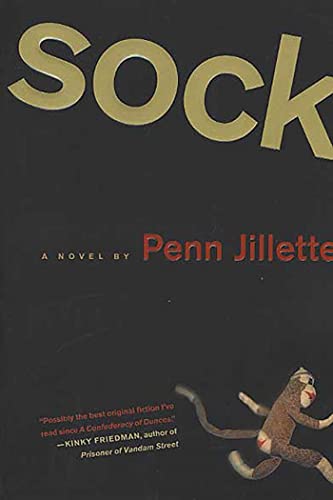 Jillette (the speaking half of the renowned Penn & Teller magician/comedy team) opts to narrate his eccentric debut thriller from the perspective of the protagonist's sock monkey, Dickie, who constantly refers to his owner—a member of the New York City police scuba diving unit—as the Little Fool. Little Fool hauls up a woman's corpse one day during a dive; on land, he recognizes her as Nell, a stripper he once dated. She is, it seems, the most recent victim of a serial killer. Little Fool tells Nell's best friend, a rampantly gay hairdresser named Tommy; they form a platonic bond as they search the city for the murderer, whose name is Smitty and who fancies himself a writer. Toward the end of the book, Little Fool himself unexpectedly takes over the narrative duties from Dickie in order to do a fast wrapup. Jillette's voice, as expressed through the persona of a stuffed puppet, is by turn folk philosophical, ranting, rageful, insightful and—often—annoying. As narrator, the monkey cannot help overshadowing the novel's other characters, and the plot is more perfunctory than inspired. A lot more dialogue and a lot less monkey would have strengthened the book considerably; as it is, it fails to work either as a literary experiment or as a straight thriller.