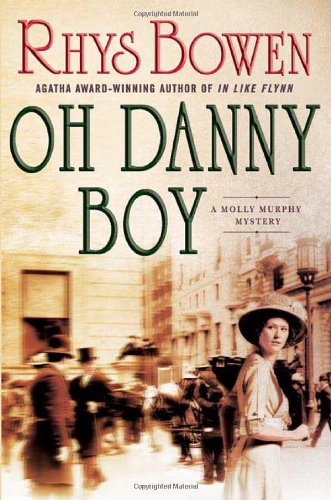 In Agatha-winner Bowen's entertaining if imperfect fifth Molly Murphy mystery (after 2005's ), the feisty Irish lass, who has immigrated to New York City and become a PI, comes to the rescue of someone very near and dear to her, NYPD cop Daniel Sullivan. Daniel's been accused of taking a bribe, but Molly is sure he's innocent. Before his arrest, Daniel was trying to track down the East Side Ripper, a prostitute-murdering brute. Molly suspects someone wanted Daniel off the case and set him up. While trying to prove Daniel's innocence, Molly realizes that their one night of passion has left her pregnant. She contemplates an abortion, but can't go through with it. If the solution to Molly's predicament is a predictable cop-out, Bowen deserves kudos for her recreation of early 20th-century New York. She avoids the temptation to give cameos to every famous figure of the day, but those she does work in—like New York's first "lady policeman"—are wonderfully chosen.