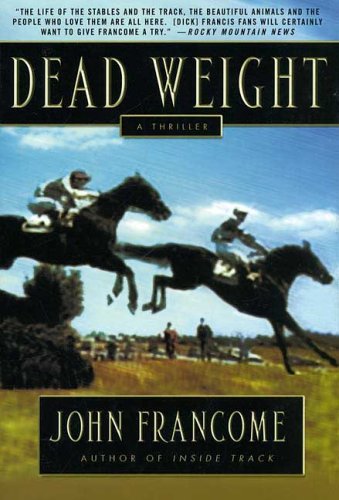 Don't be deterred by flashbacks and abrupt scene shifts in British jockey-cum-journalist Francome's tale of the perilous world of steeplechase racing (after 2004's ), because the rapid pace creates a powerful, multifaceted thriller. "Jump jockey" Phil Nicholas, mostly recovered from a serious injury, believes he's "back on the victory trail," until his brother's death and marital problems lead him to seek solace from seductive therapist Simone Brown. Phil's suspicious wife, Julia, finds comfort in her devotion to racing steeds, whom she talks to while grooming them. Looming in the background is punter Keith Jeffries, driven since childhood by "the Beast" of implacable anger, and determined to stop the "cheating and lying to the betting public" after suffering substantial losses at the track. Keith's ever more sadistic rampages, beginning with a crossbow attack on a losing jockey, up the ante. Once again, Francome provides an exciting insider's view of this fascinating sport. .