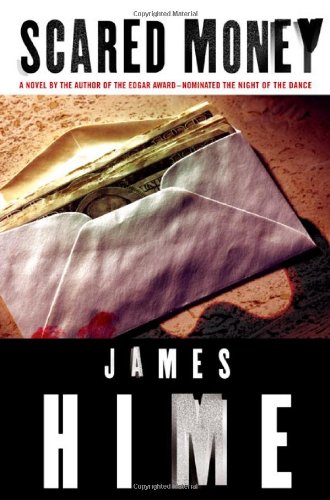 Edgar-finalist Hime's overly complicated sequel to his well-received (2003) pits ex-Texas Ranger Jeremiah Spur and black Deputy Sheriff Clyde Thomas against competing drug cartels in racially charged Brenham, Tex. In separate plots that fill more than 70 mini-chapters, Thomas investigates a drug-related double murder while Spur searches for Edwin "Dusty" Nelson, an accountant who may have absconded with $10 million from Benjamin Farkas, a Hungarian refugee and local real estate tycoon haunted by flashbacks of the Soviet invasion of his homeland nearly 50 years earlier. Vengeance, greed and fear drive characters through myriad scene changes from rural Texas to Mexico City to Vienna, and "scared money" becomes a metaphor for those on the lam, pursued for the wealth that cocaine and heroin peddling can bring in the dreary ethnic neighborhoods of the Southwest. After numerous police meetings, the pieces finally begin to fit together as Spur and Thomas join forces to work on what prove to be overlapping cases. This searing tale ends on a hopeful note, but not before lots of blood has been spilled on two continents.