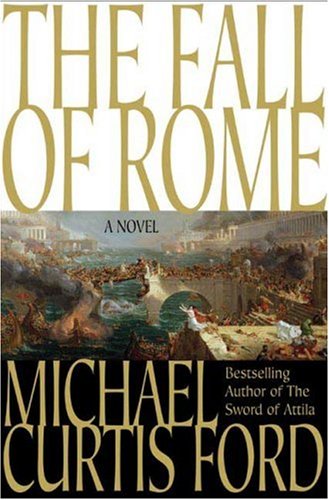 The Fall of Rome

Fans of will open this follow-up with happy anticipation. Since it begins with the unexpected death of the great Hun conqueror in A.D. 453, readers unfamiliar with the previous work will not suffer. In the chaos following Attila's death, Odoacer and Onulf, sons of a leading Hun general, flee after a greedy rival kills their father. They split up, with Odoacer traveling across Europe to Noricum, his dead mother's homeland. Although he arrives in rags, he soon learns he is the grandson of its king. A talented soldier, he reorganizes the army and wins a victory against marauding Huns, only to see a Roman invasion destroy his people six years later. He flees to Italy where he again rises to military prominence and reunites with Onulf, also serving in the Roman army. Encountering their father's murderer, now a leading figure in the crumbling empire, the brothers lead a revolt. History buffs will admire the author's research as he recounts the final bloody decades of the Roman Empire. Though Ford's heroes are more convincing on the battlefields than when negotiating the plot that leads from one clash to another, there's more than enough action to sate fans of the genre.