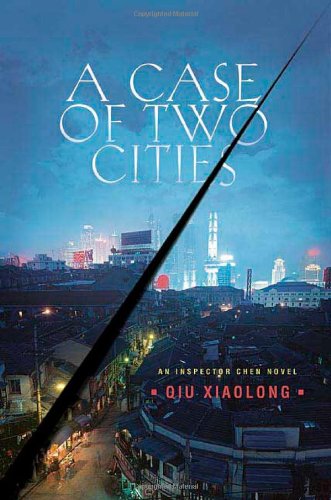 A Case of Two Cities: An Inspector Chen Novel

Chinese expatriate Qiu's gripping fourth Inspector Chen novel (after 2004's ) captures an honest detective's struggle to be true to his professional ideals under a repressive regime. The Communist Party leadership appears to be vigorously investigating rampant corruption among the profligate power elite during China's economic reforms of the recent past. After the head of the Fujian special case squad is murdered in sordid circumstances, Chen Cao of the Shanghai police bureau discovers that the dead man had been probing a wealthy businessman, Xing Xing, who fled to the United States to escape prosecution. Chen himself is then given the highest authority to carry on the investigation, which takes him to the U.S., but he soon realizes he's not meant to succeed. Chen stands in a class with Martin Cruz Smith's Russian investigator, Arkady Renko, and P.D. James's Scotland Yard inspector, Adam Dalgliesh.