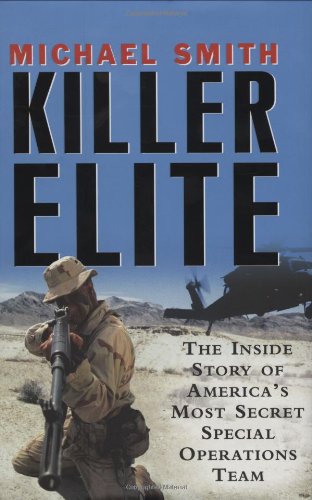 Killer Elite: The Inside Story of America's Most Secret Special Operations Team

Former British intelligence officer Smith ( ) shines a light on one of the U.S. Army's blackest agencies and best-kept secrets, the Intelligence Support Activity—aka the Activity—in this extensively researched and crisply written exposé. The Activity was established, after the failed attempt to rescue the American hostages in Iran in 1980, as "a dedicated special operations intelligence unit" to provide signals, imagery and human intelligence to other black units: e.g., the army's Delta Force. Although opposed by army traditionalists, the Activity proved itself in operations from El Salvador to Iraq, playing important roles in tracking down Colombian drug czar Pablo Escobar, Somali warlord Mohamed Farah Aideed and several prominent Bosnian war criminals. Since 9/11 and Operation Iraqi Freedom have exposed the shortcomings of U.S. intelligence, the size and scope of the Activity has, according to the author, "dramatically increased." Drawing on recently declassified documents and confidential interviews with key participants, Smith has produced an important primer for anyone hoping to understand the (usually quiet) successes and the (well-documented) failures of U.S. intelligence in the last 25 years. 16 pages color photo insert.