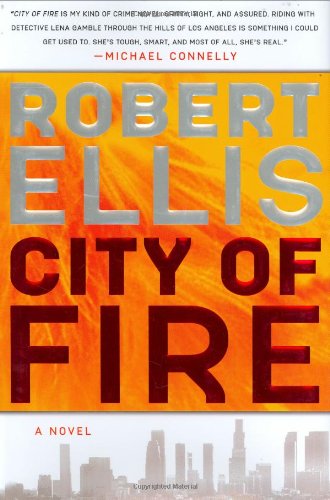 Through the literal and metaphorical fog of a forest fire that rages through much of Ellis's tense third thriller (after and ), LAPD detective Lena Gamble investigates a string of gruesome murders, the first of a pregnant woman, while trying to follow the convoluted thinking of "Romeo," as the serial killer has been dubbed. The search becomes more complicated and personal when the body of the best friend of Gamble's dead brother, David, is found, apparently another Romeo victim. Through Gamble's nicely framed reminiscences by her pool, we learn of David's unsolved death by gunshot, five years earlier. There's clearly some connection, but Gamble can't tie Romeo to David, a sensitive soul and a rock musician of some renown. The pieces of the case fall into place a little too neatly, and there may be a few too many words on L.A. driving, but the story is tight, the characters alive and the Rambo-like assault at the end refreshingly uncharacteristic of female protagonists.