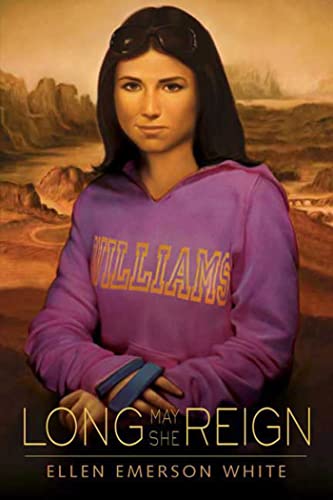 Long May She Reign

A crisply authoritative first-person narration and a plot line shot through with glimmers of fiercest hope make the fourth installation of the President's Daughter series a novel to luxuriate in, despite its grim particulars. The story starts about six months after the events chronicled in (first published in 1989), in which Meg Powers, daughter of the first woman president of the United States, is kidnapped by terrorists and escapes with her hand, leg and psyche shattered. When Meg begins her first semester at Williams College, the typical first-year challenges are magnified and distorted by the complications that come with being the President's daughter, her celebrity status (newly amplified by recent events), and the severe emotional and physical fallout of her ordeal. Making a welcome reappearance is Susan McAllister, the heroine of White's first novel, , who as Meg's resident advisor provides Meg with dispassionate guidance and, eventually, the beginnings of a friendship. Even at her most bruised and tetchy, Meg is awfully good company, and her peculiar situation with its attendant protocols is rendered in such exquisite and thoroughly researched detail that it can't help but command readers' attention. Longtime fans will welcome the chance to accompany Meg on her emotional journey, while newcomers will be motivated to track down the series' earlier books, which are scheduled for re-release in spring 2008. Ages 12-up.