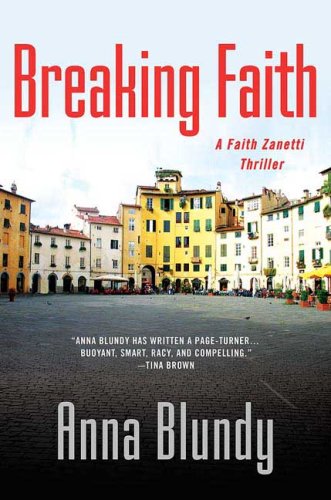 In British author Blundy’s smashing Faith Zanetti thriller, her second to be published in the U.S. (after ), Faith starts receiving messages that appear to be from her father, Karel Zanetti, a celebrated U.K. journalist who was supposedly killed while covering the troubles in Northern Ireland years earlier. Meanwhile, Faith is writing an article for the on the 25th anniversary of the Lockerbie-style bombing of a 747 that claimed the lives of all 245 people aboard. While Libyan terrorists were blamed for the attack, the ’s editor, who believes the full story has yet to be told, wants Faith to identify who phoned a bomb warning beforehand to the U.S. embassy in Reykjavik. In her search for answers, Faith makes some dark discoveries, including that her father had an illegitimate daughter who perished on the fatal flight. This semiautobiographical novel—Blundy’s own journalist father was killed by a sniper in El Salvador in 1989—sizzles with suspense.