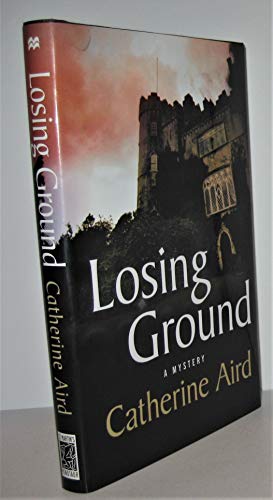 The theft of an 18th-century portrait of one of the owners of Tolmie Park in Berebury, Calleshire, just before flames destroy part of the historic house sparks British veteran Aird’s 20th mystery to feature Det. Insp. C.D. (“Seedy”) Sloan (after 2005’s ). Bones are spotted amid the fire moments before the ceiling comes crashing down. Are they human remains? Will Sloan and his longtime sidekick, Detective Constable Crosby, be investigating murder, along with theft and arson? A local development firm has plans for Tolmie Park, but the county preservation society is up in arms against them. A rival construction company is also interested, and a rich pop singer is in the market for a country estate. Who among them might have started a fire and why? In his inimitable fashion, Sloan investigates all the angles, and Aird once again showcases her sly wit and deft plotting in a book English mystery fans will relish.