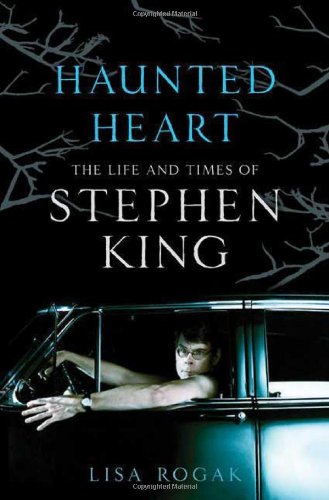 Haunted Heart: The Life and Times of Stephen King

Though critical studies of his vast oeuvre abound, King— bestselling author of the 20th century—has not been the subject of a book-length biography until this strictly serviceable study. Rogak ( The Da Vinci Code) doesn't probe her subject or his work too deeply. Rather, she strings together the best-known facts of his life with workmanlike efficiency: his family's early abandonment by his father; the author's triumph over an impoverished childhood; his perseverance and prolificacy as a writer; his determination, despite his comfort with genre fiction, to be regarded as more than a horror writer; his struggles with alcohol and drugs; his generosity toward other writers; the accident that nearly killed him in 1999. Rogak structures her text primarily around the chronology of King's scores of books and their film adaptations. Though she interviewed some of King's friends and colleagues, much of the book is derived from secondary sources. Her text is repetitive and cliché-ridden, but the facts she marshals will serve King fans not familiar with his life. 8 pages of b&w photos.