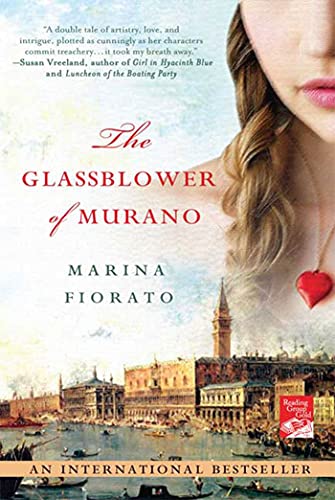 The Glassblower of Murano

After the dissolution of her marriage, beautiful English artist Leonora Manin is hired as an apprentice glassblower in the Venetian suburb of Murano, in Fiorato's strong U.S. debut. Leonora's ancestor was master glassmaker Corradino Manin, and her new boss plans to exploit that connection. But centuries-old jealousies and treachery surface and the public relations campaign is suddenly canceled. A modern-day relative of Corradino's mentor resents Leonora, while a journalist who was once involved with Alessandro Bardolino, Leonora's new love, decides she wants him back. Complex connections, but nothing compared to those in Corradino's time, when draconian Venetian laws enslaved glassmakers on Murano to insure techniques would remain exclusive to Venice. The author's descriptive prose brings the beauty and danger of 17th-century Venice vividly to life, when Corradino became a traitor seeking freedom for himself and his secret daughter. Leonora's determined to investigate Corradino, but throughout, Alessandro's allegiance is suspect. Those who enjoy intrigue and European history will be easily drawn into this romantic story.