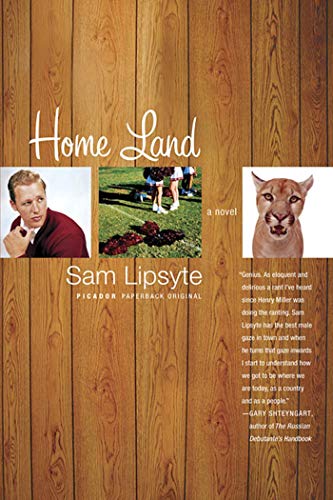 Former editor Lipsyte was one of the young writers to come out of 's initial rise in the '90s; his collection of short stories was followed by 2001's , a kind of condensed . This second novel is written as a series of insanely baroque, inappropriately intimate letters to a high school alumni newsletter, 20 or so years after graduation. The letters' fictional author, Lewis Miner, aka "Teabag," is clearly lucid enough to know that the letters could never be printed, let alone appreciated by what emerge as his philistine fellow graduates, but he persists anyway. That giddy, passing-itself-off-as-ordinary persistence becomes the point of the novel, which presents lives that continue in the face of crushing, banal and heartbreaking failures. Lewis can barely make his rent payments, is employed writing "FakeFacts" for a cola outfit and is recovering from his fiancée's recent departure. He and his clique of Eastern Valley High leftovers cope as best they can, taunting and analyzing one another unceasingly. The novel climaxes, if it can be called that, at a surreal gathering of former classmates dubbed a Togethering. At every turn, Lipsyte plays on the clichés of the stuck-white-aging-male, though he embellishes them with sharp dialogue. That the novel is an unpleasant, static read is a sign of its uncompromising, mise-en-abyme success.