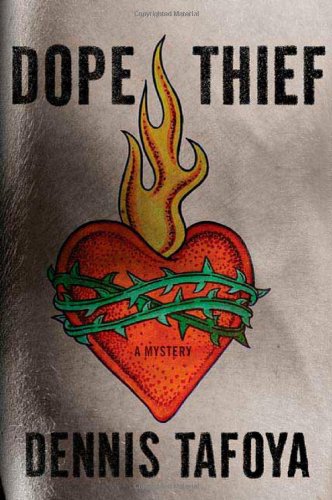 Ray, the 30-year-old protagonist of Tafoya’s raw and redemptive debut, is a sure bet loser. His mother’s dead, his abusive father in prison. His own lengthy record includes car theft, burglary and a two-year jail stint. For the past year, Ray and his buddy Manny have been robbing dope dealers and meth labs in the Philadelphia area. Ray and Manny hit small operations disguised as DEA agents, knowing their victims can’t go to the cops and don’t have the resources to come after them. Inevitably, a job goes bad, resulting in gunshots and death. With too much money at stake and serious bad guys on his trail, Ray realizes that the criminal phase of his life is over. Tafoya gradually reveals pieces of Ray’s past while detailing his increasingly desperate efforts to rid himself of those dogging him and threatening anyone connected to him. A boy “born into the life” makes a wrenching attempt to change course or die trying in a first novel that marks Tafoya as a writer to watch.