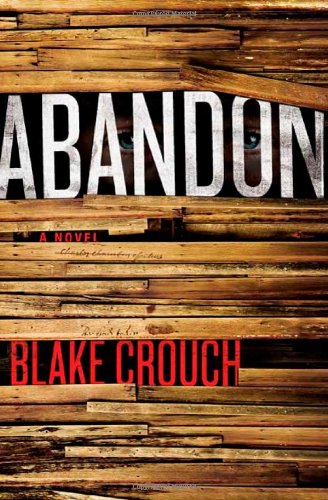 At the start of this bloated thriller from Crouch ( ), Abigail Foster, a Manhattan freelance journalist, reluctantly agrees to accompany her father, Lawrence Kendall—who abandoned her as a child—and paranormal photographers Emmett and June Tozer, to the remote remains of Abandon, Colo. The inhabitants of Abandon all vanished without a trace on Christmas Day 1893, and Abigail thinks she’ll write an article on the Tozers and the ghost town’s history. The present-day hikers face a number of obstacles, starting with an unexpected blizzard and including the arrival of ex-Marines intent on finding millions of dollars worth of gold supposedly stashed somewhere in Abandon. Despite the book’s intriguing premise, the action soon devolves into a -style melee, with enough blood and guts to put off weak stomachs. By the time Abandon’s fate is revealed in the overly drawn-out climax, few readers will care.