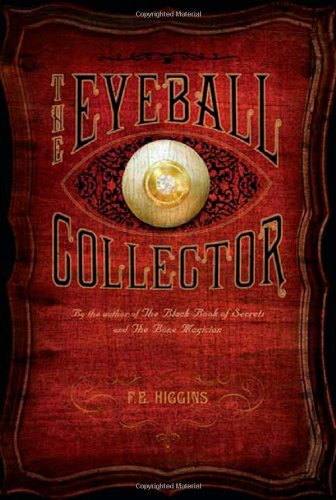 In Higgins's witty “polyquel” to and (it “contains elements from both stories as well as mysteries all of its own,” per her postscript), young Hector finds himself homeless and penniless after his father is blackmailed and disgraced. When his father dies of heartbreak, Hector seeks revenge against the man who ruined them. The titular villain, Gulliver Truepin, is not as gruesome as his nickname suggests: he's a one-eyed con artist who wants a fake eyeball—each with a different jewel at the center—for each day of the week. Through a series of coincidences, both characters end up at Withypitts Hall, under the cruel watch of Lady Mandible. As Hector plots vengeance and Truepin works out yet another scheme, they both get caught up in Mandible's own plotting, the assorted plans all colliding on the night of an extravagant feast. Higgins fills her book with deliciously nasty bits (Mandible paints using blood leeched from a servant), riddles and a Dickensian atmosphere that's both stark and delightful. Some familiar faces appear, but this story works beautifully on its own. Ages 10–14.