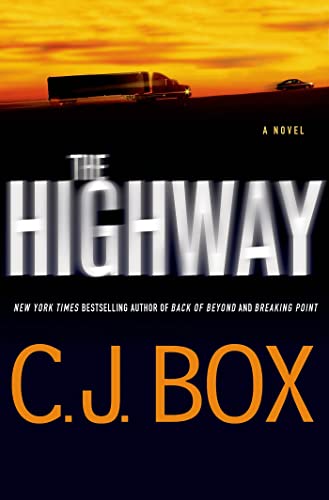 Two sisters, 16-year-old Gracie and 18-year-old Danielle Sullivan, set out from their mother’s home in Denver to spend Thanksgiving with their father in Omaha, Neb. But Danielle doesn’t tell anyone that they are driving to Montana first to see her old boyfriend, Justin Hoyt, until they are on the road—she doesn’t even tell her sister or Justin. Justin’s father is Cody Hoyt, a law enforcement officer who barely acknowledges rules, much less follows them. Fired from his most recent post at the Helena sheriff’s office for planting evidence on a murdered criminal in order to assure the killer’s arrest, he continues to mentor his ex-partner, Cassie Dewell, who shakes her head at his willingness to do anything necessary to track down and arrest criminals, even as she is amazed by his skills and persistence in doing so. Ronald Pergram calls himself the Lizard King. An independent long-haul trucker, he is intelligent, cunning, filled with rage against women (be they “lot lizards”—prostitutes who work truck stops—passing drivers, or his mother), and a serial killer who enjoys capturing and torturing his prey. When the sisters’ car breaks down in the midst of wilderness, they think themselves rescued, until their rescuer turns out to be the Lizard King. When Danielle’s messages to Justin suddenly cease, he knows to turn to his father. Cody, aware that several young women have vanished in the region in recent years, is immediately suspicious, and enlists Cassie to help him find the girls and the man he knows to be their kidnapper. Filled with believable characters and hard, realistic dialogue, Edgar-winner Box’s perfectly paced novel (slated for an August release) offers a suspenseful story laced with more than a few shockingly unexpected plot twists. In unfolding his narrative he provides fascinating insights into the life of the long-distance trucker: how to maintain a Peterbilt, which states have the toughest traffic laws, which truck stops have the most lot lizards available for easy assault—and how the nature of life on the road, where the driver never stays long in a single place and can be hundreds of miles away in a matter of hours, can readily allow the criminal to get away with murder for years. While Cody confronts his own demons—including some he never expected—Cassie comes into her own as a good cop in spite of the condescension, sexism, and personal insults she has faced from most everyone save for Cody; and watching her confidence in her own skills grow as she confronts darkness greater than anything she has previously imagined is tremendously satisfying. As the film Duel demonstrated, the mere sight of an enormous truck speeding up behind you on a long, empty stretch of highway is never comforting; and Box works that inherent fear masterfully. Jack Womack is best known for his novel Random Acts of Senseless Violence.
close
Details