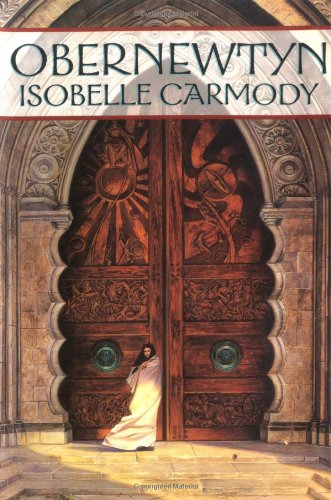 In the tradition of Andre Norton and Marion Zimmer Bradley, Carmody embarks on a promising new series featuring telepathy, empathy and other psychic talents. On an Earth nearly wiped out by radiation and chemicals that have whitened the sky and poisoned the land, surviving humans have built a semi-agrarian culture. Though their own religious leaders, the Herders, have paranormal powers, they persecute the mutated Misfits, whose psychic abilities they view as a form of subversion. Thus, Elspeth Gordie, an orphan, conceals her exceptional abilities (prophetic visions, the ability to communicate with animals) from the other workers around her. Nonetheless, she is discovered and taken to the legendary Obernewtyn, an isolated town reputedly full of horrors. But instead of the tortures she expects, Elspeth finds friends and learns of the harmful experiments performed elsewhere upon talented Misfits and of the destructive powers that may have survived the Age of Chaos that ruined Earth. Though most of Carmody's characters are clearly bad or good, she avoids blatant stereotyping by imbuing many with conflicting interests. She also presents the Herders' primitive culture in considerable and vivid detail, from Elspeth's arduous ride through the Western Mountains to a farmer's daily life of toil and gossip. Despite their abilities, the Misfits are at the mercy of their superstitious culture and those who run Obernewtyn--a plight that generates convincing plot turns. This is the first novel by Carmody, an Australian children's writer, to appear in the States. Readers will look forward to more. (Sept.)
close
Details