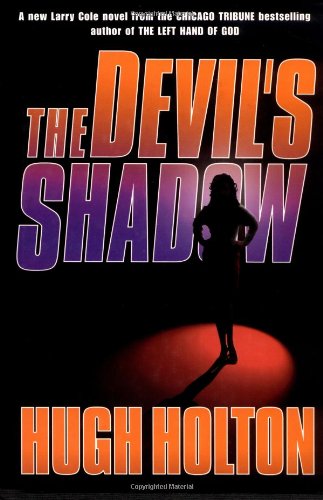 Larry Cole, Chicago PD chief of detectives, takes on the local mob, petty police bureaucrats, the Vatican, his willful son and a beautiful international master thief who might steal the divorced detective's heart in this welcome addition to an entertaining series featuring predominantly black and always intriguing protagonists and villains. A well-planned bank heist makes fools of Chicago's finest and signals the start of a crime spree launched by upstart mob boss Big Jake Romano, who is looking to bankroll a mob-run casino. A second bank job linked to murdered mystery writer Greg Ennis, an ex-cellmate of Romano's who specialized in mob tell-all books, yields clues that send Cole and Det. Judy Daniels on an undercover Caribbean jaunt after lissome Julianna Saint, a superthief dubbed the Devil's Shadow by the French Sûreté. They break it off when Daniels's cover is blown, but not before Saint and Cole fall for each other. Back in the Windy City, the mob is out of control, and busy British crime broker Ian Jellicoe has booked Saint for two Chicago jobs—one for Romano and one for a high-ranking Vatican bishop—that will send Cole's department spinning and bring things to a bloody head. Holton ( ) bolsters his enjoyably old-fashioned tale and up-to-date twists with an entertaining cast and solid grasp of police procedure. Cole is too often in the right place at the right time, and coincidence and psychic input supply too many answers, but these are minor quibbles. Saint is a welcome arrival and is poised for return fireworks; Cole's son, Butch, will play a larger role in future installments, too. Holton's growing number of fans will gleefully await their return.