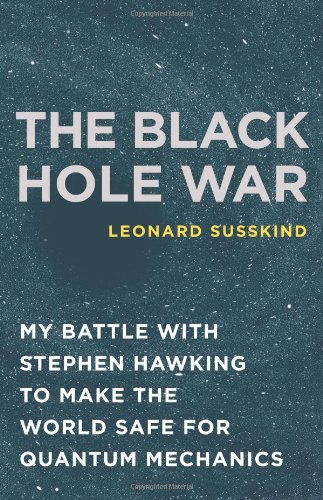 The Black Hole War: My Battle with Stephen Hawking to Make the World Safe for Quantum Mechanics

Bets made over a beer between scientists rarely make the headlines, but in 2004 Stephen Hawking conceded that he'd lost a bet and that a view he had held for 30 years was wrong. According to Stanford physicist Susskind ( ), one of the leaders of the anti-Hawking camp, the argument was a simple one: if information falls into a black hole, is it lost forever? Hawking's theory that information is destroyed undermined everything scientists thought they knew about quantum physics. Susskind gives readers a course in black holes, quantum physics and string theory as he explains his belief that information cannot be destroyed. Along the way he introduces bizarre theories like the Holographic Principle (which he helped develop), claiming that the third dimension is an illusion and that energy and matter are just forms of information. Susskind also profiles two hot-shot South American physicists who helped deliver the coup de grace to Hawking's argument. Black hole and Hawking fans should go for this book, even if the great physicist was wrong. B&w illus.