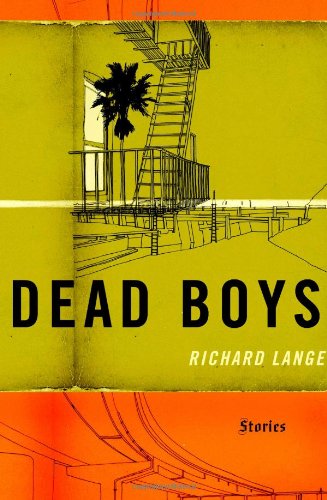 et in a Southern California of smoky skies and Neil Young tunes, Lange's fine debut collection takes the so-called normal guy—husband, father, working stiff—and throws a heap of trouble at him. “Bank of America” is the completely believable tale of a regular “John Q,” a house painter who also happens to rob banks with a small-time team of hustlers while still being a good father and husband to his unsuspecting family. “Long Lost” follows a tentative young husband and reluctant proofreader as he copes with the sudden appearance of a boisterous, angry, ex-con half-brother, courtesy of his neglectful father's second wife. In “Culver City,” named after a southeast neighborhood of L.A. where “we're all between jobs or between marriages, between runs of good luck,” the narrator's desperately unhappy waitress girlfriend Shelly hopes the compromising pictures of a famous actor that she steals at a party can fetch a price to change her luck and solidify their relationship. A considered, colloquial understatement marks nearly all of the first-person protagonists over the course of these 12 stories, in a manner that's marvelously effective. Lange's characters are well-intentioned screwups, deeply flawed and utterly convincing.