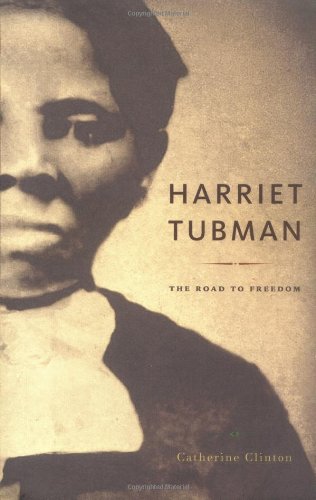 HARRIET TUBMAN: The Road to Freedom

Clinton has an extraordinary knack of compressing complex history into an informing brief paragraph or a single sentence, making this "first full-scale biography" of Tubman (1825–1913) a revelation. To the task of illuminating the "difficult to document" life of the woman known as "Moses," Clinton brings her deep immersion in Southern history, women's history and African-American history. Succinctly, she sets the stage upon which Tubman moves, offering just enough biographical detail to give less well-known figures vitality (Mary Shadd Cary gets more space than Frederick Douglass; Union general David Hunter more than William Lloyd Garrison) and just enough historical detail to render Tubman's milieu meaningful (unfamiliar Canadian history gets more space than the familiar Fugitive Slave Acts). Although she often posed as an old woman, Tubman was in her 20s when she began her rescues, and in her mid-30s as the Civil War broke out. Clinton is meticulous (without being annoying) in distinguishing the speculative from the known in Tubman's private life. Of far greater consequence is Clinton's revelation of Tubman's public (though usually clandestine) work. In distinguishing between "runaways" and "fugitives," between "conductors" and "abductors... those who ventured into the South to extract slaves" ("all of them white men" before Tubman), in detailing the extent to which she "never wavered in her support" of John Brown, in chronicling her role in the Combahee River raid, Clinton turns sobriquets into meaningful descriptors of a unique person. In her hands, a familiar legend acquires human dimension with no diminution of its majesty and power.