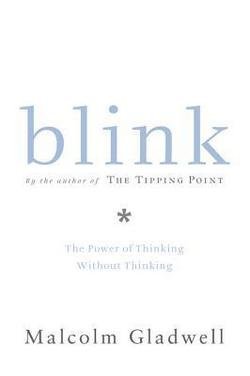 BLINK: The Power of Thinking Without Thinking

Best-selling author Gladwell ( ) has a dazzling ability to find commonality in disparate fields of study. As he displays again in this entertaining and illuminating look at how we make snap judgments—about people's intentions, the authenticity of a work of art, even military strategy—he can parse for general readers the intricacies of fascinating but little-known fields like professional food tasting (why Coke taste different from Pepsi?). Gladwell's conclusion, after studying how people make instant decisions in a wide range of fields from psychology to police work, is that we can make better instant judgments by training our mind and senses to focus on the most relevant facts—and that less input (as long as it's the right input) is better than more. Perhaps the most stunning example he gives of this counterintuitive truth is the most expensive war game ever conducted by the Pentagon, in which a wily marine officer, playing "a rogue military commander" in the Persian Gulf and unencumbered by hierarchy, bureaucracy and too much technology, humiliated American forces whose chiefs were bogged down in matrixes, systems for decision making and information overload. But if one sets aside Gladwell's dazzle, some questions and apparent inconsistencies emerge. If doctors are given an algorithm, or formula, in which only four facts are needed to determine if a patient is having a heart attack, is that really educating the doctor's decision-making ability—or is it taking the decision out of the doctor's hands altogether and handing it over to the algorithm? Still, each case study is satisfying, and Gladwell imparts his own evident pleasure in delving into a wide range of fields and seeking an underlying truth.