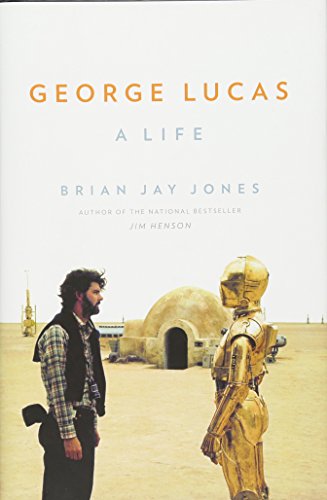 Biographer Jones (Jim Henson) exhaustively chronicles the life and movies of George Lucas, arguably America’s most successful filmmaker. The creator of two enduring franchises, Star Wars and Indiana Jones, he sold his company, Lucasfilm, to Disney for $4 billion in 2012. The author chronicles Lucas’s story, from his upbringing as the son of a prosperous stationery store owner in Modesto, Calif., to his career as a filmmaker who took on the Hollywood studio system and won. From the beginning, Lucas’s goals were independence and control. Jones cites this obsession in seemingly every major decision Lucas made, to the point of repetitiveness. The greater part of the book tells in granular detail how his films were produced: from initial concept and scriptwriting, to casting and location selections, to the filming and, most importantly for Lucas’s process, the editing. This minutiae may lose the casual reader, but Jones is more successful at explaining Lucas’s many contradictions: an aspiring avant-garde filmmaker who made blockbusters, a pessimist who loved fairy tale endings, an introvert in the most collaborative of arts, a man with a professed uninterest in money who became a billionaire. Jones also proves Lucas’s singular legacy is well deserved. He revolutionized all aspects of filmmaking, particularly visual effects, sound, and merchandising. Photos. Agent: Jonathan Lyons, Curtis Brown. (Dec.)
close
Details