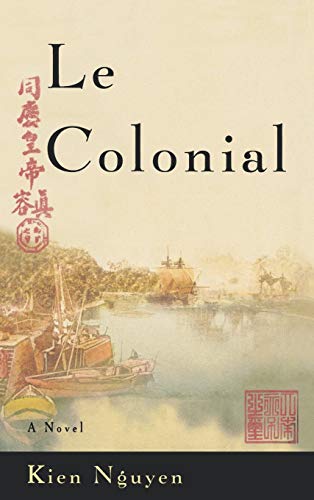 A quest to convert lost souls turns into a battle for survival for three French missionaries in 18th-century Vietnam, or Annam, in Nguyen's richly detailed, evocative second novel. Each missionary hails from a completely different background: dour, ascetic Pierre de Béhaine is a powerful Jesuit bishop; tormented artist François Gervaise is fleeing France after committing a murky misdeed; headstrong 16-year-old Henri Monange joins the order to escape crushing poverty. Scarcely a year into their stay in Annam, the two younger men are sentenced to death by the local mandarin for their parish's failure to pay taxes, but are spared when Gervaise gives up his faith to save Monange and their followers. A changed man, Gervaise turns to Buddhism and pledges his loyalty to a rebel force of peasants, caught in the middle of a civil war between the country's North and South. Meanwhile, Monange joins de Béhaine at the court of Prince Ánh in the South and falls in love with a beautiful servant girl named Xuan, who eventually becomes Ánh's concubine. Nguyen maintains the impressive period detail that made his first novel, , so compelling, but his narrative is much sharper this time around, with the story drawing energy from the contrast between the characters' various agendas, particularly the constant clashes between Gervaise and Béhaine. Nguyen's take on the meeting of East and West is intelligent, heady and memorable.