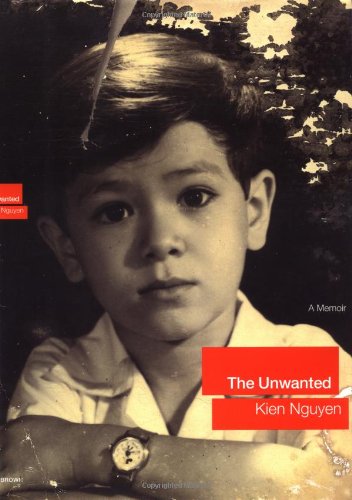 The Unwanted: A Memoir

The son of a wealthy Vietnamese woman and an American businessman, Nguyen was nearly eight when Saigon fell to the Vietcong. For the next decade he and his family endured hardships brought on by the privileged lives they had enjoyed under the capitalist regime. Although his writing lacks the lyricism of recent memoirs like The Liar's Club or Angela's Ashes, Nguyen's voice is clear and strong, and he is adept at capturing both the broad sweep of life under the Vietcong and the peculiarities of growing up in a colorful and emotionally dysfunctional family during a jarring and vicious revolution. Perhaps the most engaging aspect of his memoir is its portrayal of the ironies that ensue when the old order collapses and the social hierarchy is turned upside down. At one point, Nguyen's mother, imperious and a virulent snob, is called before the newly installed communist leadership only to encounter her former gardener, a man she barely acknowledged before the revolution but who now has the power to strip her of all she owns. For the most part, though, this memoir reminds us of life's many undeserved injustices. Nguyen and his half-brother, Jimmy, who is also Amerasian, pay a particularly high price for the accident of their genealogy, enduring the scorn of their countrymen, especially the communists. At 18, the author and his family emigrated to the United States, where he now works as a dentist. With the purely personal goal of ""healing"" himself, Nguyen concludes by hoping that his narrative will also help other Amerasians born during the Vietnam War mourn their ""lost childhoods."" (Mar. 20) Forecast: This is part of a growing literature of memoirs about the horrors in Vietnam after the fall of Saigon. If well reviewed, this should sell well to readers with an interest in that conflict and its aftermath. In addition, film rights have been sold to the producer of Driving Miss Daisy, which could enhance sales down the road.
close
Details