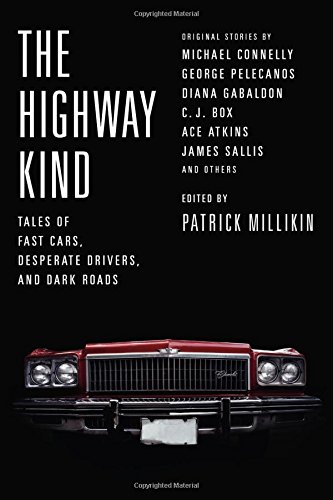 This high-octane anthology from Millikin (Phoenix Noir) features 15 stories about cars and crime by top writers in the suspense field. Highlights include Ben H. Winters’s “Test Drive,” in which a drive through the canyons of L.A. turns into a tense confrontation between a car dealer and his increasingly unhinged customer; Michael Connelly’s “Burnt Matches,” in which Lincoln Lawyer Mickey Haller meets an unhappy former client in—where else?—the backseat of his Lincoln Town Car; and James Sallis’s “What You Were Fighting For,” in which the Driver from Sallis’s novel Drive shows up at a garage to ask the help of a mechanic and leaves a lifelong impression on the man’s young son. Wallace Stroby slipstreams behind Richard Matheson and Steven Spielberg’s Duel in “Night Run,” about a salesman who runs afoul of a pissed-off biker. George Pelecanos tells a downbeat tale about two drag-racing brothers in “Triple Black ’Cuda.” Other contributors to this entertaining volume include Ace Atkins, C.J. Box, Kelly Braffet, Sara Gran, and Joe R. Lansdale. (Oct.)

This review has been corrected. A previous version mistakenly showed the subtitle as the title and misspelled one of the contributors' names.